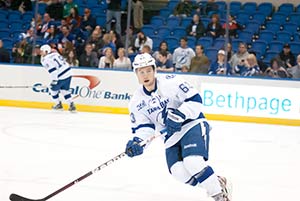 set to participate in NHL training camps beginning July 10, 2020. These training camps are intended to allow players to practice and sharpen their skills in preparation for the eventual start of the 2020 NHL season. The return of training camps marks the start of what is referred to as the third phase of the NHL’s Return to Play Plan.

Back in May, the NHL released information regarding their Return to Play Plan. This plan, comprised of four major phases, was designed to prioritize the health and safety of players, staff, and hockey fans amid the uncertain circumstances brought about by the coronavirus pandemic. The four phases of the NHL’s Return to Play Plan consist of the following:

The two teams with the highest percentages of regular-season points will compete in the Stanley Cup Final. The format of the playoffs will be based on a traditional seeding style.

Tampa Bay Lightning Are Back

Along with the other 23 NHL American teams, the Insurance Office of America-insured Tampa Bay Lightning (affectionately dubbed “The Bolts” by fans) will begin attending camps designed for training starting July 10, marking the beginning of the third phase of the NHL’s Return to Play Plan. At the beginning of this phase, each of the players had to undergo COVID testing at both the TGH IcePlex and AMALIE Arena. This testing was done to check each player for any signs of illness or symptoms of the coronavirus as a precaution.

As an extra precaution, only six players at a time are allowed to practice at once. Staff members at each of the locations have also been limited to prevent the potential spread of illness. The decision to practice or not practice at any of these locations is up to each player on the team. With no coaches present in the locations, the six players practicing are doing so in a very casual manner, often making up their own workouts and playing mini-matches as a form of practice. Though phase two has been limited when it comes to what can be done by players, it is a small but necessary step in the progression toward the eventual return of NHL games that IOA chairman and CEO Heath Ritenour fully supports. “Whatever gets our partners, the Bolts, back on the ice in the safest way possible, I’m all for it!” Ritenour continued, “Bring on phase three and four!”