The COVID-19 pandemic has significantly sidelined the 2019-2020 season for many professional sports leagues. Given that large gatherings of people are discouraged, sports fans and officials have been busy speculating how sporting events can mount a return. For fans of basketball, NBA Commissioner Adam Silver may have found an answer. 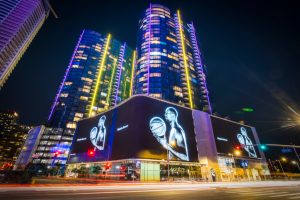 In an effort to salvage their season while still accommodating the new health and safety standards of the Centers for Disease Control and Prevention (CDC), the NBA has approved a “bubble league” — comprised of the top 22 teams in the league — to resume seasonal play at Walt Disney World’s ESPN Wide World of Sports Complex in Orlando, Florida. To abide by new social distancing guidelines, the teams will be isolated at the complex and televised games will be played without live audiences.

How the Games Will Work

The rest of the season will be comprised of games played by 22 of the 30 NBA basketball teams. The 22 league selected teams will be narrowed down to 16 after eight bracket determining games. The 16 teams will compete in a typical playoff arrangement consisting of four best-of-seven series. The season is expected to end around Oct. 12, 2020, with one team being declared the 2020 league champion.

According to Silver, eight of the 22 teams selected will be from the “two conferences currently in playoff positions” and the other teams will be selected from “the six clubs that are six games or fewer behind the eighth seed in their respective conferences.” The previously mentioned arrangements were determined by a vote from the 30 NBA basketball organizations. The vote in favor of the new arrangements for the rest of the season was 29-1. The one team not in favor of the new arrangements was the Portland Trail Blazers.

Which Teams Are Invited?

While negotiations with organizations and players are still underway, the 22 teams of the “bubble league” are set to include:

Wizards, Magic, and Grizzlies, Oh My!

The “bubble league” announcement is good news for Central Florida basketball fans, as their hometown team, the Orlando Magic, is set to receive an invitation. Other current and former Insurance Office of America (IOA)-insured teams scheduled to make an appearance in the race to the NBA playoffs include the Washington Wizards and Memphis Grizzlies. Undoubtedly, IOA Chairman and CEO Heath Ritenour couldn’t be more excited to welcome the return of one of his favorite professional sports to The City Beautiful. “I’m thrilled the NBA is coming back, and right down the road, no less!” said Ritenour, a Central Florida resident. “It’s a win for fans, players, and Orlando!”

Safeguards in Place at ESPN Wide World of Sports Complex

Comprised of various hotels and sports venues, the ESPN Wide World of Sports Complex will serve as the primary hub for all upcoming NBA basketball games and team practices. To allow the rest of the season to continue in an isolated and safe environment and prevent the potential spread of coronavirus, the games will not be open to the public, and only team members, coaching staff, and other necessary production members will be permitted. To preserve the “bubble,” all players will be staying in hotels located on-site with limited contact outside the complex. Through a deal with ESPN, the games will be broadcast to basketball fans on a variety of different cable and streaming platforms.

The Future of the NBA

When the novel coronavirus initially began to spread in the United States, the first national sports league to indefinitely postpone games was the NBA. The swift and drastic decision was made soon after it was discovered that a player had contracted the virus. Though the future of the league’s current season was uncertain for some time, basketball fans now have something to be excited about.

In addition to the resumed season, the 2020 NBA Draft Lottery is expected to be held August 25, 2020, and followed by the NBA Draft on October 15, 2020. If society continues its gradual return to normalcy, barring any additional quarantines, the 2020-2021 NBA season is scheduled to start a short time later on December 1, 2020.